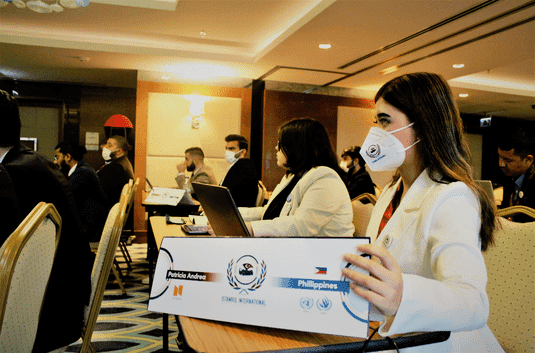 Why Diplomacy is Important

A recognised tactic for influencing the behaviour of other governments and people through dialogue, negotiation, and other methods other than military confrontation or physical force is diplomacy. Modern diplomatic techniques were developed as a result of the post-Renaissance European governmental system.

Later, the direct link to documents vanished as diplomacy became connected with international relations. Beginning in the 18th century in France, a person authorised to negotiate on behalf of a state was referred to as a diplomats.

Despite this, these aren't the same things, international system and diplomacy are occasionally conflated. Political leaders set foreign policy; diplomats, as well as military and intelligence professionals, may provide them advice, but this is not their sole option.

Foreign policy lays forth goals, provides strategies, and identifies the general methods to be used in achieving them. It may employ secret agents, revolt, combat, or other forms of violence to achieve its objectives. Diplomacy is the primary alternative to utilising force or deceptive methods in statecraft; it is how whole national power is used to the peaceful settlement of disputes between states.

Its important approaches are discussion and negotiation on a global scale, which are primarily carried out by authorised envoys (a term borrowed as from French envoyé, signifying "one who is sent") and other political figures. The majority of diplomacy is carried out in private, in contrast to foreign policy, which is typically announced in public. However, in modern international relations, both the fact that diplomacy is underway and its outcomes are nearly always publicised.

Importance and Purpose of Diplomacy

The goal of foreign policy is to advance a state's interests, which are determined by factors such as geography, history, economy, and the balance of power in the world. The first responsibility of a nation is seen as protecting its topographical, political, financial, and intellectual integrity, followed by maintaining a broad range of state action freedom. Foreign policy is usually created by political leaders of sovereign governments who pursue what they believe to be the best interests, adapting domestic policies to climatic changes and technological advancements.

The head of state or administration, a cabinet or a putatively non-profit organizations collective leadership, the president's staff, or a minister who preside over the foreign office, instructs policy implementation, supervises the ministry's employees, and gives instructions to the nation's diplomats abroad may all have primary responsibility for overseeing the execution of policy.

By advancing the objectives under its purview, diplomacy aims to foster the state, country, or organisation it represents in the eyes of outsiders. In order to achieve this goal, diplomatic activity aims to increase a group's advantages without incurring the risk and cost of utilising force and, ideally, without inciting animosity.

It frequently, though not always, works to keep the peace; diplomacy has a strong preference for negotiation to reach agreements and settle disputes between states. Even during times of peace, negotiation may entail coercive threats of financial or other retaliatory action, or displays of the potential to enforce unilateral solutions to problems through the use of military force.

However, diplomacy typically aims to foster goodwill toward the nation it represents by cultivating ties with other countries and individuals that will guarantee their collaboration or, in the absence of that, their neutrality.

War may break out when diplomacy fails, yet diplomacy is still helpful when war is happening. It guides the transitions between protest and threat, conversation and negotiation, demand and retaliation, and conflict and peace with other governments. Coalitions that prevent or start war are formed and maintained through diplomacy.

Enemies' affiliations are broken up, and potentially hostile powers' passivity is maintained. It orchestrates the end of battle and creates, bolsters, and upholds the tranquillity that follows violence. The long-term goal of diplomacy is to create an international system that encourages enhanced state collaboration and peaceful dispute resolution.

The main actors in diplomacy, though by no means the only ones, are diplomats. They are experts at relaying information, negotiating changes in relationships, and mediating disputes between nations and individuals. Their weaponry are speech, reinforced by the authority of the nation or group they speak for. Leaders can build strategies and tactics to influence the behaviour of outsiders, especially foreign governments, by understanding the attitudes and behaviours of those in other countries. The secret to a successful foreign policy is the effective employment of diplomats. So, don't miss your chance to showcase your skills as a diplomat at Istanbul MUN.

Diplomatic Relationship management without conflict is an art. It serves as the primary tool of foreign policy. International agreements and legislation are used, as well as covert negotiations by authorised envoys (although political leaders also negotiate). The use of it precedes written history. Diplomacy's objective is to advance the interests of the state as determined by geography, history, and economics. The independence, security, and integrity of the state must be protected first, but it's also crucial to maintain as much of the state's freedom of action as feasible. Additionally, diplomacy aims to maximise national benefit without resorting to violence and, ideally, without inciting anger.