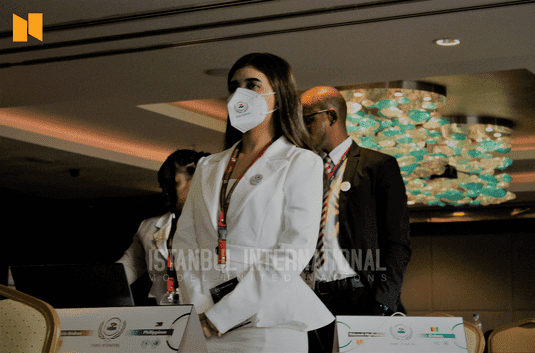 What is a Model United Nations (MUN)?

You taking part in Model United Nations conference for the first time makes us content and proud as we can help you through it all. With this decision, your life is going to change, you will meet individuals from all over the world, and you will get the chance to practice your leadership skills on this expedition.

Model United Nations can be a valuable experience that inspires you to make the world a better place, aids in the search for your first job, and even helps you gain admission to college. Although Model United Nations conference may at first appear overwhelming, we are here to assist you.

Start With Your Country's Profile

The following are some topics to look into:

In essence, the Policy Statement is a one- or two-page paper that summarizes your expertise of the subject and the stance your nation intends to adopt when it enters the conference. The four components that are commonly included are the Background of the Topic, Previous International Actions, Nation Policy, and Potential Solutions. Normally, position papers must be submitted before the meeting.

Opening Speech Is Your Way Through

The opening address, which is the first speech you make to the conference, normally lasts one minute or one minute and a half. You have the best chance to discuss your nation's policy and the major concerns you want the committee to pay attention to at this point. It is crucial to create a speech that expresses this because opening speeches are indeed the primary means through which nations choose the partners they want to collaborate with. There are various guidelines and tactics for giving an opening speech, but when you first start out, utilize your policy statement as a guide. The most crucial thing to do is simply to speak out for yourself for the first time.

If you were to propose a mediated Caucus in the GSL, you may try to steer the discussion in the direction you desire. You have the opportunity to identify potential supporters at this time. Others could disagree, but they will still be able to react to you on the General Speakers List during their time frame.

Do Not Miss Out on Drafting a Resolution

The pertinent policy recommendations from your block are compiled in a Resolution Document. The most typical types are Operative Clauses and Perambulatory Clauses. A Draft Resolution must be created in a specific way in order to be considered legitimate. The Top Delegate Site is only one of the many places where this structure is readily available.

Though MUNs are unquestionably a lot of fun, being prepared beforehand can definitely boosts your likelihood of enjoying yourself at the conference. This is because you'll be able to see where things are going and how to go where you want to go; all you have to do is turn up and enjoy your first MUN conference.

An introduction motion can then be made once a draft resolution has been presented to the chairperson, who should ideally adopt it before presenting it to the rest of the House. After that, you have a specific amount of time to examine each operative clause individually. Nations will then be able to ask for amendments to the clauses you've drafted after that. A clause can be changed to reflect a friendly alteration if no one opposes to the change inside the clause. But if a sponsor objects, a vote is required to settle the issue.

Even though they are optional, research binders are strongly advised, particularly given that many conferences forbid committee members from using technology. Your go-to asset during the convention when new terms and terminologies, prior agreements and treaties, and potential solutions are addressed will be a well-organized research binder.

Familiarize Yourself With The Rules of an MUN Conference

It's crucial that you have a basic awareness of the Rules of Procedure before participating in your first MUN (ROP). Practice is the key to mastering the ROPs. Although you do not need to be an expert in the ROP, it's still a good idea to understand how a motion is passed and how the delegate process works.

What you need to know about a MUN simulation's flow is as follows:

Be Open to New Ideas

When everything is set to go, flexibility is occasionally the most crucial step. In the very dynamic world of model UN, the committee may occasionally take a completely unanticipated turn. Being a great sport and keeping in mind that you can't win MUN by yourself are the keys to sanity. Working with others and with people in general involves dealing with the fact that unexpected facts or remarks can occasionally veer the conversation in a variety of directions.

If this is your first MUN, I'm glad to say that after reviewing this brief overview (and taking the actions we outlined), you likely performed more study and preparations than most first-time MUNers, putting you one important step closer to earning Best Delegate.

An MUN can be a lot of fun, and by being prepared, you increase your chances of having a good time at the conference. This is because you'll know where things are heading and how to get the results you want. Go out and make the most of your first MUN conference. Also, have fun on the websites, on social media, and make new acquaintances.

A legitimate vote is being cast, excluding the countries that proclaimed itself the "present and voting." The option to vote "Yes," "No," or boycott was available to everyone who marked the box to indicate their presence during the Roll Call. You may not withdraw if you supported the current resolution, either.

Once a suggestion has been approved and is then referred to as a panel resolution, the council will move onto next agenda item. A vote will be taken on the next resolution if the first one is rejected.

Call to Roll - The draft resolution that will be accepted by the council as a resolution is decided by vote. The delegates who are "present and voting" should cast their votes in the order that the Chair calls the countries: "Yes," "No,". No abstaining, only "Yes with Rights" and "No with Rights." The participants whose Votes are cast by those present may be "yes," "no," "yes with rights," "no with rights," and “Abstain”.

All delegates will be given opportunity to explain their requests for the right of explanation. After the revelation of the results, in a maximum of thirty seconds, justify their votes.

The Istanbul International Model UN, one of the world's most prominent gatherings, is guaranteed to be an unforgettable experience for everyone who attends! Therefore, you must ensure that you offer your all and are your best self. I hope you've found our guide to be useful.