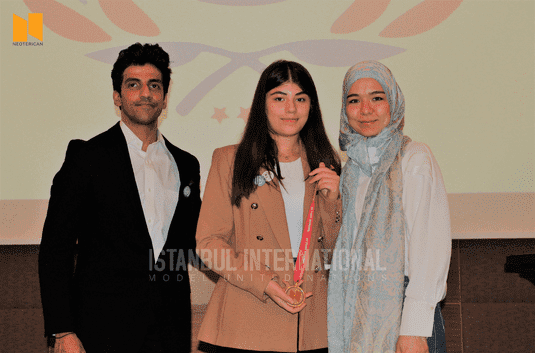 How to Win an Award at Istanbul International Model United Nations?

Many Model UN delegates are happy to perceive Model UN as an academic simulation where they can gain useful skills, learn about the globe, travel, and return home with new friends and a fulfilling experience. However, bringing back trophies is crucial for many Model UN teams since it affects their funding and relationship with their academic school. Awards, whether a Diplomacy Award, Best Delegate Award, or Honorable Mention, are an integral feature of most Model United Nations conferences.

Whether it be for the benefit of your team or society, for yourself as a competitive Model MUNer who just wants to challenge themselves, the following blog will go over some of the most crucial dos and don'ts to be the best delegate you can be!

To Sum it all Up

There are no quick cuts because everyone improves together whether they are working with or against other people in Model UN. The above-mentioned strategic actions are there to help us know where to focus our thoughts when trying to surpass the performances and stand out as a diplomat among diplomats. The purpose of this blog is to provide tips and inspiration on how to be successful when participating in Istanbul International Model United Nations, Turkey. The information provided here is meant to help you improve your games and personal talents, not to harm other people. Knowledge is power. When simulating a Model UN committee, keep a moral compass in mind and keep in mind that while for some it may be about the prizes, it is also about the sheer hard work.